Can You Make Meringue in a Blender? 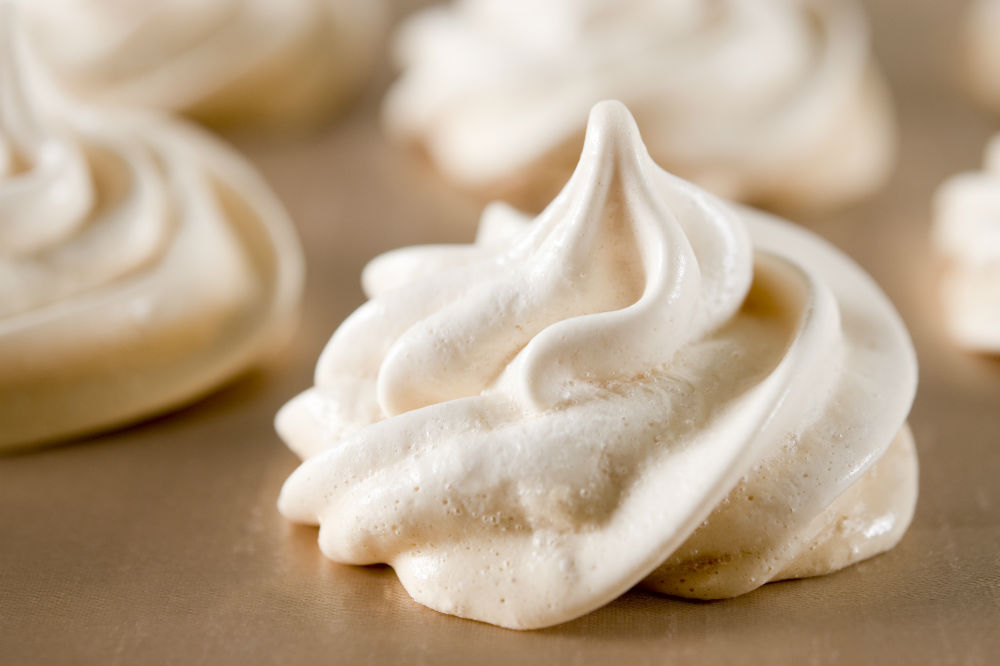 If you want to know about making some delicious meringue, then you have come to the right place.

Meringue originates from France, and is a delicate, sweet treat made of sugar and egg whites, which many people enjoy eating as a dessert or whenever the sweet tooth desires.

In this article, we look at how to make the famous sweet treat and show you just how simple it really is.

The most easiest definition of meringue is egg whites which have been beaten together with sugar to form a stiff mixture. There are known to be three different types of meringue: French meringue, Italian meringue and Swiss meringue. Each has its own unique method and recipe.

Merinque is used in many different baking components and can be folded into cake batters to make them lighter. It can also be used as a topping on pies and tarts. Many people however, enjoy it simply as it is, as a cookie or in a tasty pavlova style. Can You Make Meringue Using a Blender?

Many people enjoy making meringue the traditional way, and that is through blending the mixture by hand with a manual whisk. However, it can also be done using a much quicker method, and that is using an electric whisk and a blender for the sugar.

We will go through how to do this, in order to receive the smoothest mixture possible

The trick is to process the sugar until it reaches a very fine consistency. You can measure some directly into your countertop blender, and process it until it becomes extra fine. This should take no more than two minutes. Fine sugar can also be bought, but you can make it just as quick through blending normal sugar in the blender.

The reason for requiring fine sugar? This will whip easier with the egg whites, and will result in a non-gritty meringue.

This step depends on what exactly you want to make with your meringue. If you are using meringue as a topping, then the measurements aren’t as important compared to if you are folding it into a batter or using for macarons.

Crack your eggs and separate the yolks from the whites.

Once you have your egg whites separated, leave them for around five minutes until they reach room temperature. They will whip to their most stable peak when slightly warm rather than cool, and thus will give you a better final result. Therefore, it is important to give them a little time to warm up rather than whip straight off the bat.

At this stage you can add your egg whites into a bowl and start whisking them gently. You should start slow to allow the proteins to begin forming together and trap any air bubbles which are present. This is usually done by manual whipping, however can also be done using an electric blender on a gentle speed.

For extra taste, some people like to add a hint of cream at this stage, or a few drops of lemon juice to lower the pH and help strengthen the proteins, which should help create a stable meringue.

Once the egg whites have been blended to a soft peak, start to add in the sugar slowly one tablespoon at a time, while mixing on a low speed.

Finally, you will want to mix the mixture until it becomes stiff. The whites should have a white, glossy look and should stand up straight with a slight bend on the tip. It is important however, not to take it too far as the mixture will need to be done again.

The main thing to look for is the glossy texture, as this will show that the consistency is correct. Any further beating will dry the mixture out and break it down. If you decide to use a blender to mix the egg whites, you may end up mixing them too much, and ruining the consistency.

The blades in a blender are very sharp, and cut through the mixture rather than simply whisk it to a certain consistency. When it comes to mixing egg whites, you want to be as gentle as possible, and this is why an electronic mixer with varying speeds is recommended when it comes to making meringue.

Making meringue is not difficult at all, and one of the most easiest desserts to make. We hope this article has given you some direction in making some for yourself.